Forty-one years ago this Community Health Centre was just a vision. Forty years ago it became a reality. And those pioneers and advocates who fought to get the lead out of the soil are the same community members who founded this Centre. We have indeed evolved from modest beginnings on Pape Avenue to 955 Queen Street East, 20 years later. And now, after two generations and 40 years, we have continued to build on the broad shoulders of our founders, whose wisdom we hold dear and whose values continue to exist in everything we do. Our walls echo with their inspiration as they continue to caution us with sage guidance to never lose our vision or compromise our passion as we work to create a healthier, connected community where everyone belongs. And, testimony to them, we have made a great start. As we welcome the next 40 years with new neighbours, new members, and new challenges, we will remember their stories and create our own, as we continue to deepen our work and hold fast to our vision.

So please join us in our renewed and relentless commitment to building a healthier neighbourhood, community, city, and country, honouring the memory and wisdom of our founders, whose values of social justice and equity for which this Centre and this community have become renowned.

November, 1976
• We welcome our first patients as Ontario’s 11th Community Health Centre. Our home is in a former police station

1981
• The Board establishes a subcommittee to improve services for women; a highly successful Women’s Health Day event is held the following year
• AIDS symptoms are first seen at the Centre; it is identified as a disease in 1983

1982
• Patient profiles reveal that our clients are sicker and poorer than the average Toronto resident
• The Centre and the city carry out Canada’s largest screening for lead levels in blood testing 2,300 school children and adults. About one in six young children living south of Queen Street East between Logan Avenue and Leslie Street have levels considered detrimental to their health
• The Ontario government announces that Community Health Centres, no longer experimental, will receive stable funding
• The Environmental Health Committee tours approximately a dozen contaminated industrial sites in Riverdale

1983
• Toronto Public Health and the Centre open a family planning and sexually transmitted disease clinic
• Our first legally recognized chiropodist starts working at the Centre
• Long-standing Centre supporter Jim Renwick, a Riverdale MPP, dies. In 1998, two rooms in the new building were named in his honour

1984
• As part of International Youth Year, the Centre and Toronto Public Health Sponsor a health fair for teens

1985
• The new provincial government strengthens its commitment to community-based services. The Centre host visitors investigating the feasibility of health centres from across Canada, the United States, Sweden, and Singapore

Late 1980s
• Programs include nutrition education for men living at the local John Howard House, pregnancy workshops for teens, and birth control, menopause, and cardio-pulmonary resuscitation (CPR) courses. Despite increasing needs, the next decade is marked by decreased government funding for health care

1990
• A doctor-and-nurse team from the Centre treat Somalian- and Spanish-speaking refugees at the Red Door Shelter
• The Daily Food Bank kicks off its Easter Centre. The Centre helps found the Riverdale People’s Food Market and food-buying club, and organizes community dinners and trips to local farms
• The Centre’s 28 staff members include a dietitian, case managers, and health promoters, as well as administration, clinical, and support staff. Work focuses on obstetrical care, counselling, and family planning; indoor air quality, mental health, and violence issues; and access for underserved ethno-racial groups, primarily for the Chinese community. By 1995, 22% of the Centre’s staff speak Cantonese or Mandarin
• The Centre cosponsors a meeting to stop the export of lead to Latin America

1992
• When white supremacists try to recruit youth at Riverdale high schools, the Centre coordinates a community rally and advocates long-term anti-racist education
• The Board changes from hands-on work to policy-making. It now comprises 12 community members

1998
• The Centre moves into its current location
• Seniors program expands to two staff, who are joined later by a health educator and dietitian

2000
• Government cutbacks to health care continue
• The Centre’s Lives and Legends project, which documented the history of Riverdale’s communities, wins the Millennium Star from the City of Toronto

2002
• A breast-health program for Chinese women begins, as well as a diabetes-education network and early-years JumpStart programs for families at risk
• The Canadian Institute for Health Information recognizes the Centre’s work on a training manual on environmental risks during pregnancy
• The Centre receives a Health Promotion and Innovation Award of Excellence from the Canadian Institute of Child Health for hidden exposures, reproduction and pregnancy educators, and raising public awareness
• Medicare advocate Roy Romanow receives an Atkinson Foundation award at the Centre
• Toronto Public Health presents the Centre with a Recognition Award for outstanding service

2007
• COUNTERfit Program Co-ordinator Raffi Balian is given a National Rolleston Award by the International Harm Reduction Association during the 17th International Conference on the Reduction of Drug-Related Harm, for his work with the drug-using community.
• The Centre acts as a host site for the 16th International AIDS Conference, held in Toronto. Delegations from around the world come to observe our harm reduction program

2009
• The Centre secures funding for its new environmental initiative, Neighbourhoods Acting on Air Quality project (NAAQ), and assists with a community campaign to assess impacts of the local “big box” retail development proposal
• COUNTERfit celebrates its 10th anniversary. This innovative program offers services 24/7 throughout the year at the Centre and through our mobile services. In 2008–09, the program reached over 28,000 people
• The Centre’s asthma program is listed among the top 10 examples of “what’s working well” in health care in Ontario. The program connects with a local school to conduct an asthma and indoor air-quality project

2010
• Healthy Eating for Life, which develops healthy recipes in Chinese and English, receives an award from the Association of Ontario Health Centres as a Model of Care in Health Promotion
• The Building Healthier Organizations Community Health Centre accreditation process awards the Centre a “pass” and identifies the following areas of excellence: board establishment and operations, leadership and planning, accessibility, continuity and coordination of programs and services, community responsiveness, and working with volunteers
• The Centre acts as the host site for the Toronto Central LHIN Regional Coordination Centre for diabetes
• COUNTERfit receives the Jay Browne Living Legacy Award by the Ontario HIV Treatment Network (OHTN) in recognition of excellence, leadership, and innovation in the field of HIV/AIDS and to advance the work of community leaders. The award supports the development of a memorial project for drug users

2014
• The Centre receives a certificate from the Canadian Centre for Accreditation for quality and governance management, and community-based primary health care

• The Centre becomes the lead agency for the Healthy Kids Community Challenge (HKCC) in the Danforth East-York community. The community is one of 45 across Ontario selected to be part of the initiative, which aims to promote children’s health through physical activity and healthy eating
• The Centre revitalizes and expands the rooftop garden with funds from Live Green Toronto and the Chinese Health Ambassador’s gift in the spirit of remembrance of the late Jack Layton, MP 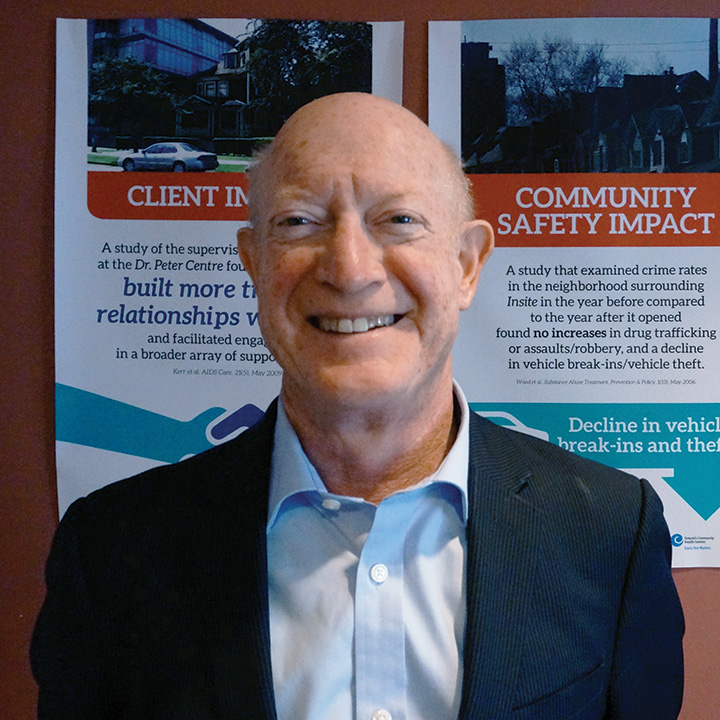 PUTTING A FACE ON ENVIRONMENTAL HEALTH 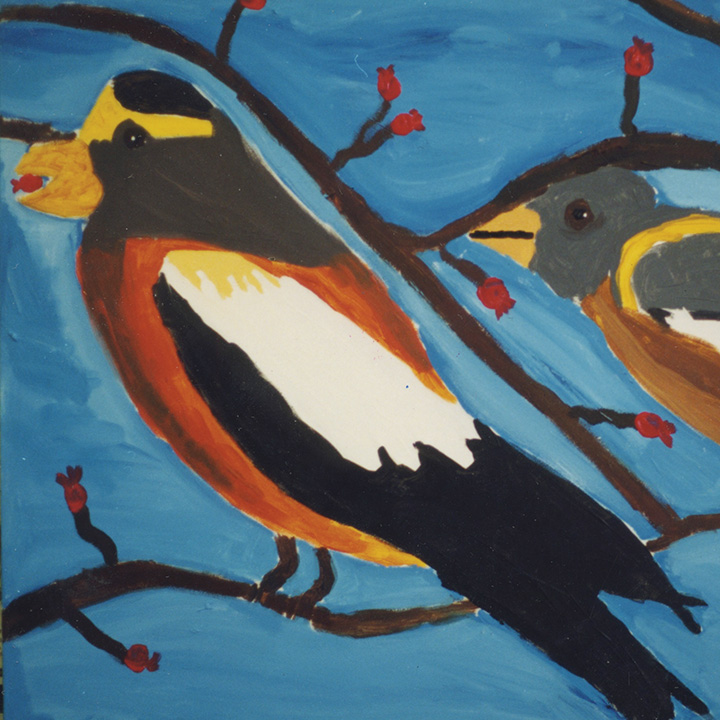 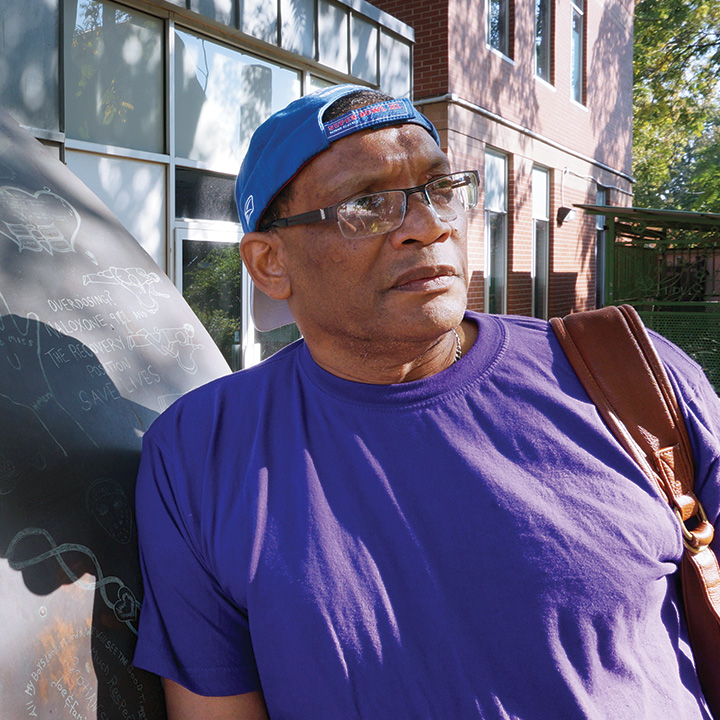 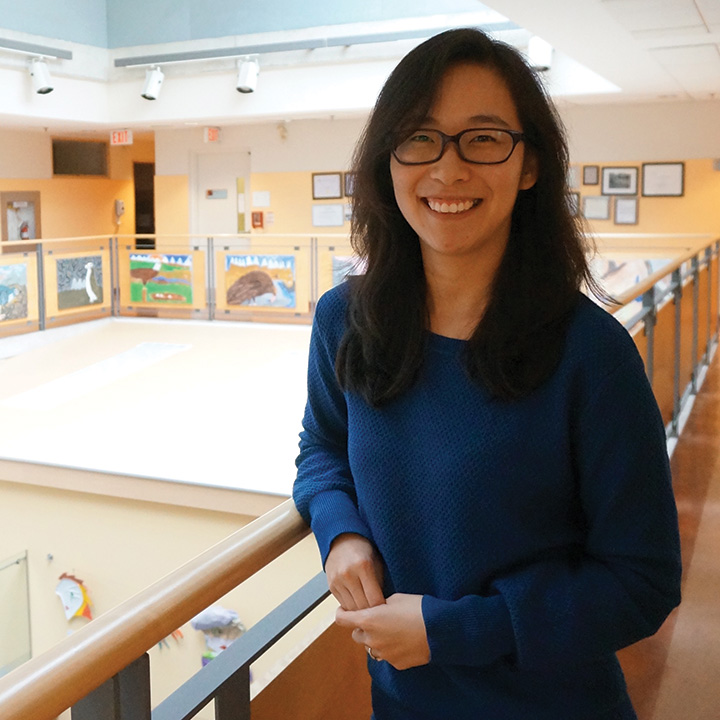 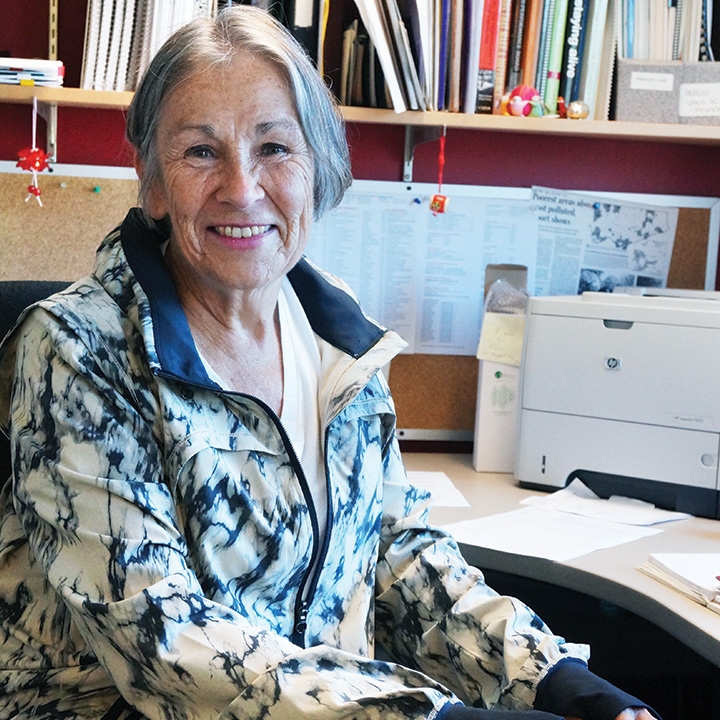 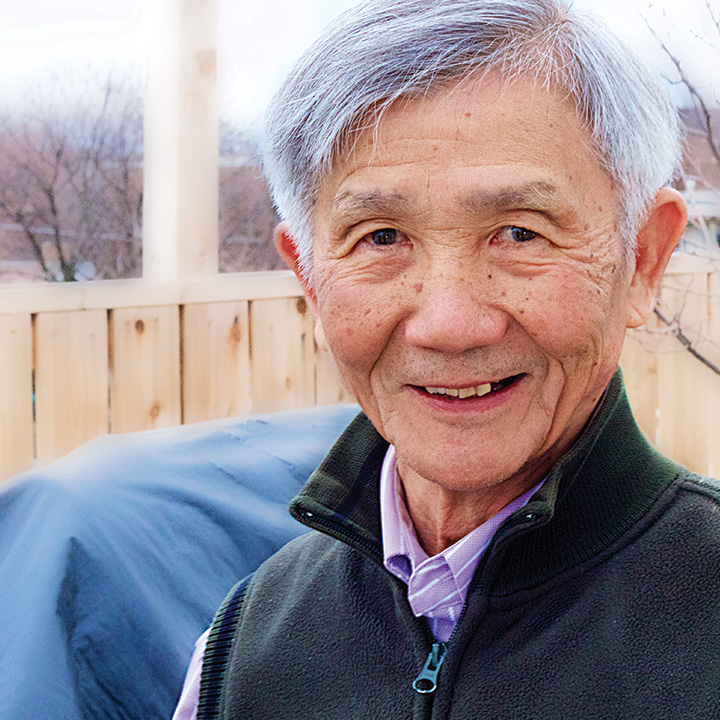 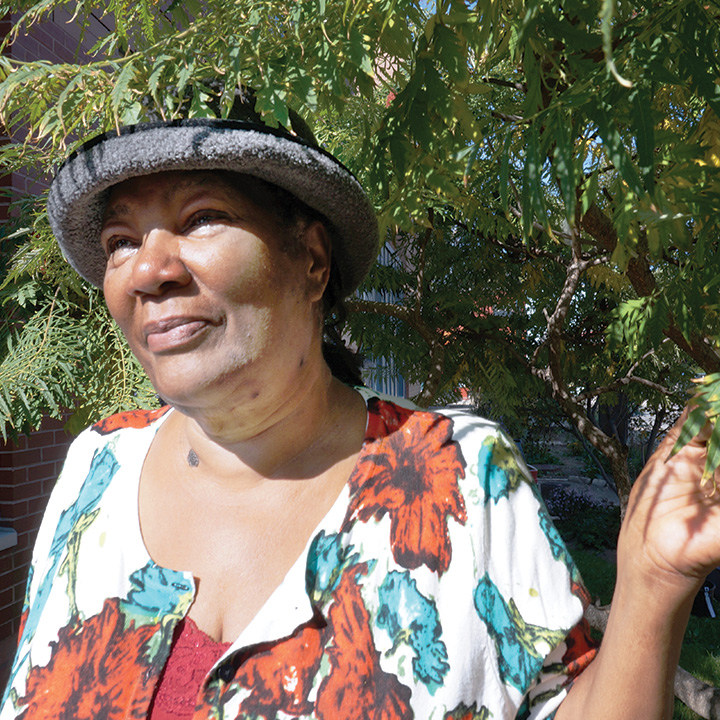 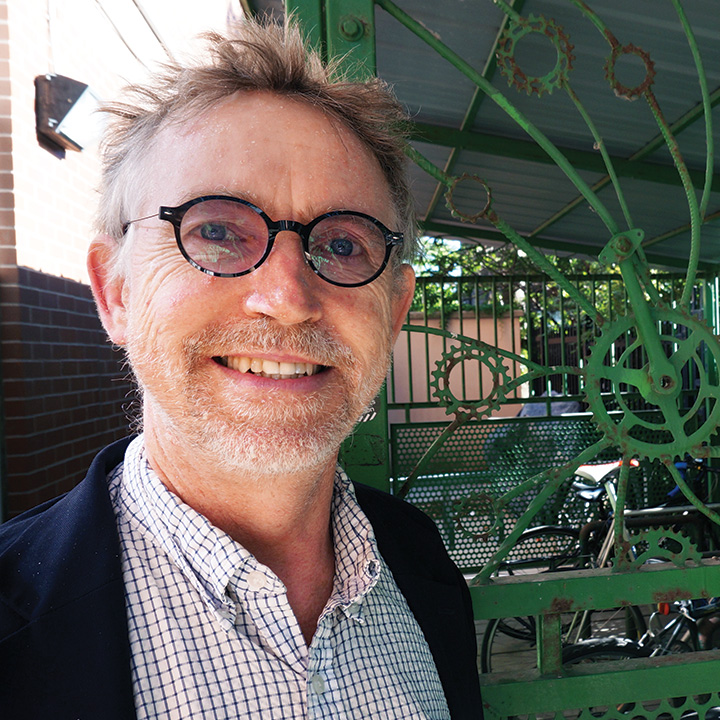 FACING OFF AGAINST RACISM 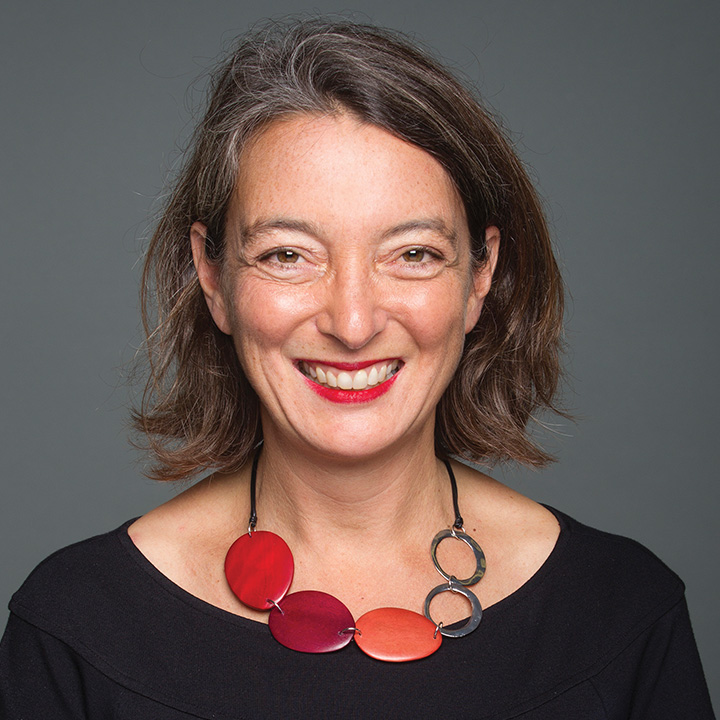 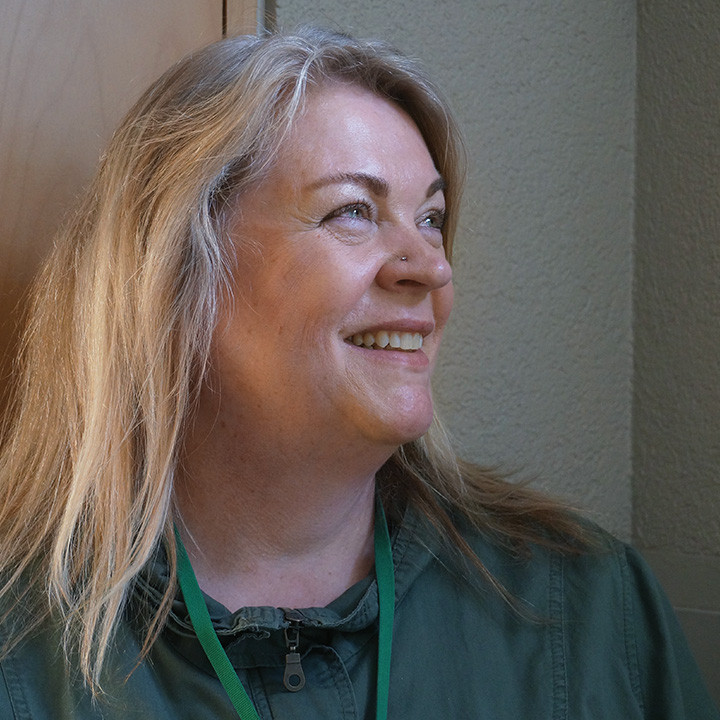 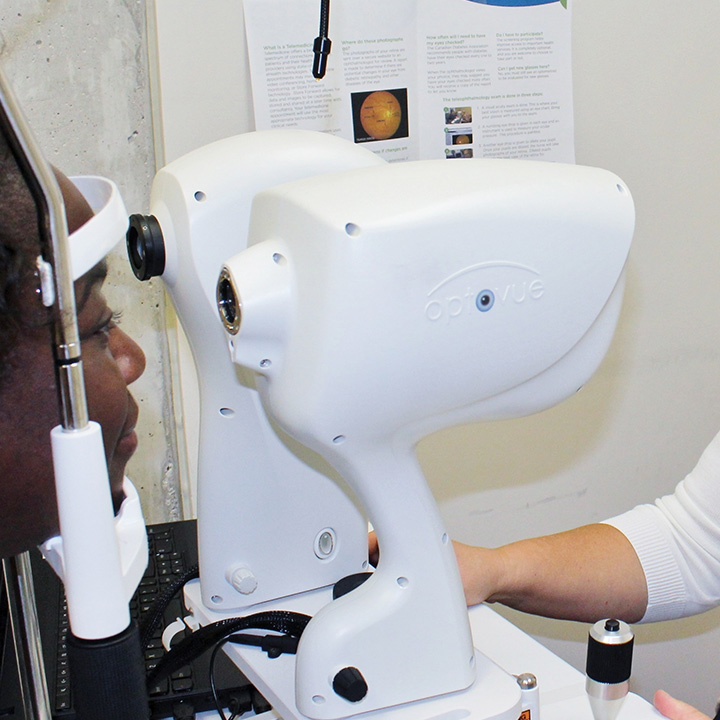 FACE TO FACE WITH NEW TECHNOLOGY

FACES OF THOSE WE LOST